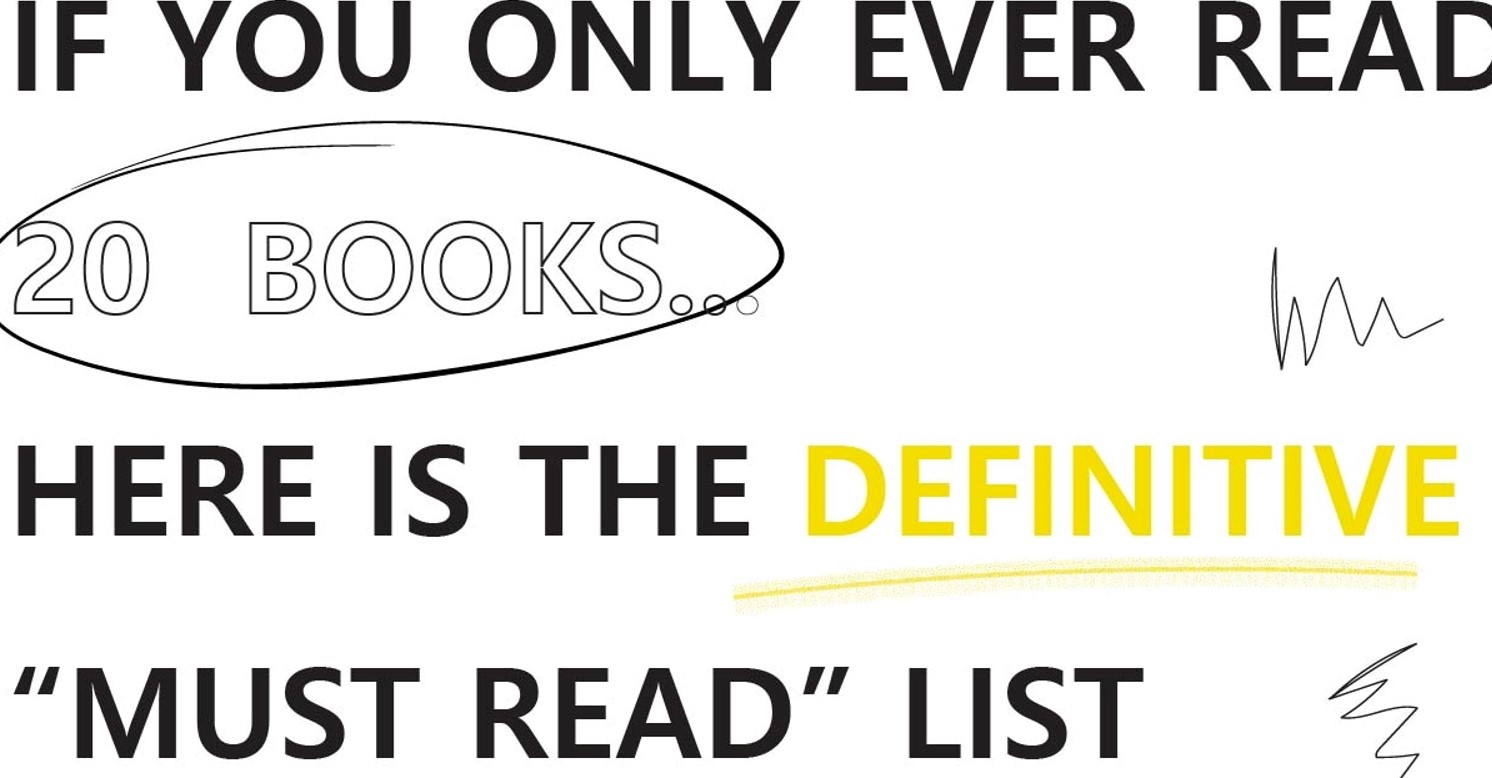 It’s World Book day and needless to say it’s one of our favourite days of the year!

While we hoped to give you a short list of our all time favourite books, the task proved impossible! So we have done our research, taken to the statistics (and the stories behind them) and we present to you an un-biased selection of books which are considered to be the top twenty world wide “must reads”.

We hope you will enjoy them.

To kill a Mocking Bird by Harper Lee

Harper Lee is considered to be one of the most influential writers of our time, and he only ever published this single novel. To Kill a Mockingbird earned the Pulitzer Prize for fiction in 1961 and was made into an Academy Award-winning film in 1962.

Children of Blood and Bone by Tomi Adeyemi

If you’re a fantasy fan, this is a “can’t put it down” read. The first in the series, Children is a West African-inspired tale filled with magic and adventure.

To the Lighthouse by Virginia Woolfe

This novel contains very little dialogue and almost no direct action. Yet it is a classic of our time, written as thought and observation. “To the Lighthouse” is considered a key example of the literary technique of multiple focalizations, extending the tradition of modernist novelists like James Joyce and Marcel Proust.

You may have read this at school as a set-work novel, but consider going back and reading it as an adult. Not only is Bronte way ahead of her time in being subtly outspoken about women’s rights (or the lack there of) – she also writes one of the most haunting love stories of all time.

The Vanishing Half by Brit Bennette

From The New York Times-bestselling author of The Mothers, this novel about twin sisters digs deep into the differences between worlds of race. The sisters, inseparable as children, grow up to choose to live in two very different worlds, one black and one white.

Another 15 books to discover on your own, but certainly worth the journey:

While we could fill a book with the names of books we love, for now, these are the 20 top classics from across an array of genres, cultures, and authors who we believe will enrich your life and your bookshelf.

No comments to show.